Bollywood actress Sonam Kapoor Ahuja is currently basking in the glory of motherhood. It was on August 20, 2022 when Sonam and her husband Anand Ahuja delighted the world with their good news as they welcomed a baby boy into their lives. From talking about her son’s natural birth to her breastfeeding journey, Sonam has spoken out about her pregnancy phase.

On November 20, 2022, Sonam Kapoor and Anand Ahuja’s baby boy Vayu turned 3 months old, and the loving mama delighted her fans with an adorable glimpse of her son. She shared an adorable Reel from his first vacation, where we got to see Vayu traveling with his parents and grandparents. From sleeping comfortably in his car seat to going for a walk, Vayu had a good time. Sonam was also seen kissing Vayu’s forehead, and it just melted our hearts. She wrote:

On November 23, 2022, Sonam Kapoor was spotted by the paps at Mumbai airport. For the outing, the actress opted for a pastel green midi dress with abstract patterns in shades of orange, blue and purple. Her outfit consisted of a neckline top and a tiered skirt. She paired her outfit with a matching long-sleeved blazer and paired it with a dark gray long coat on her shoulders. Heeled boots, tinted sunglasses, a handbag, dainty earrings and a layered gold necklace completed her look. 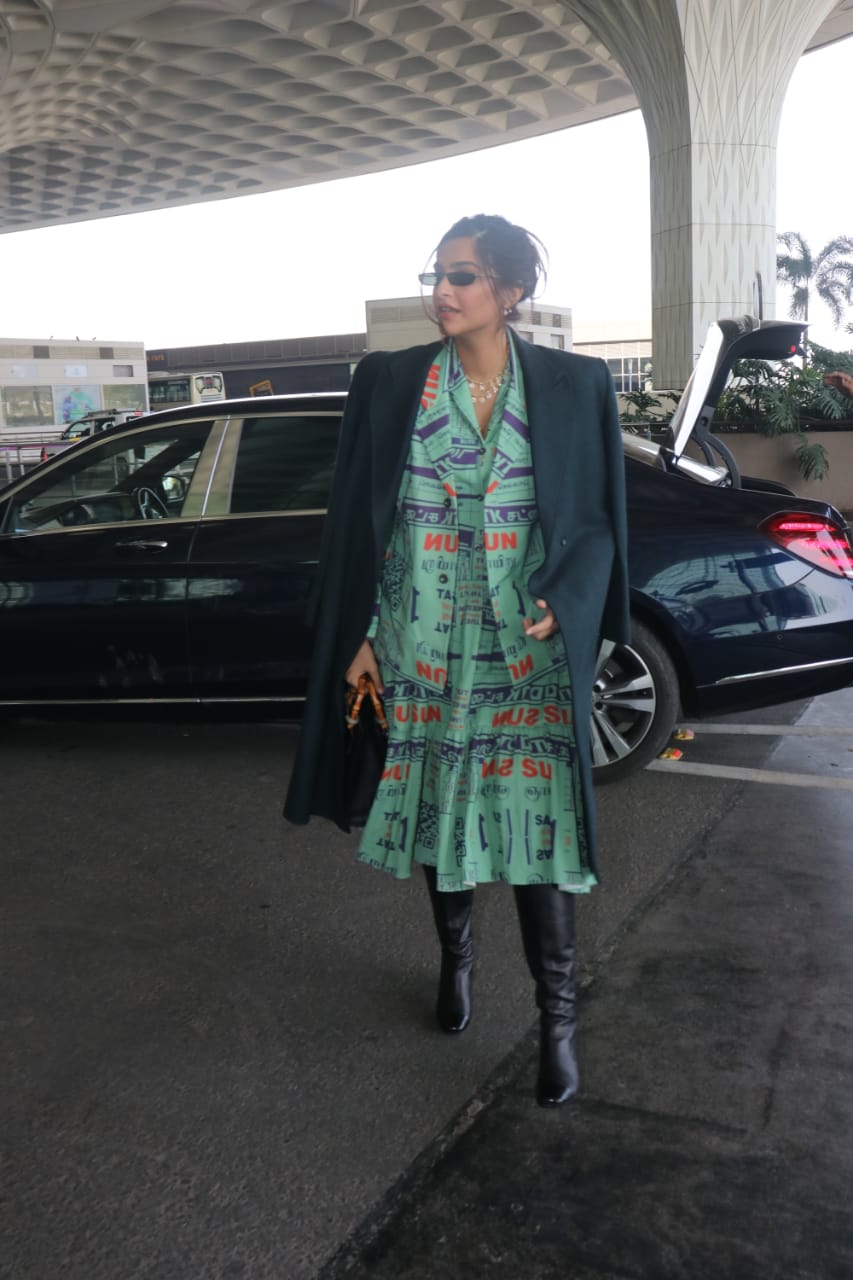 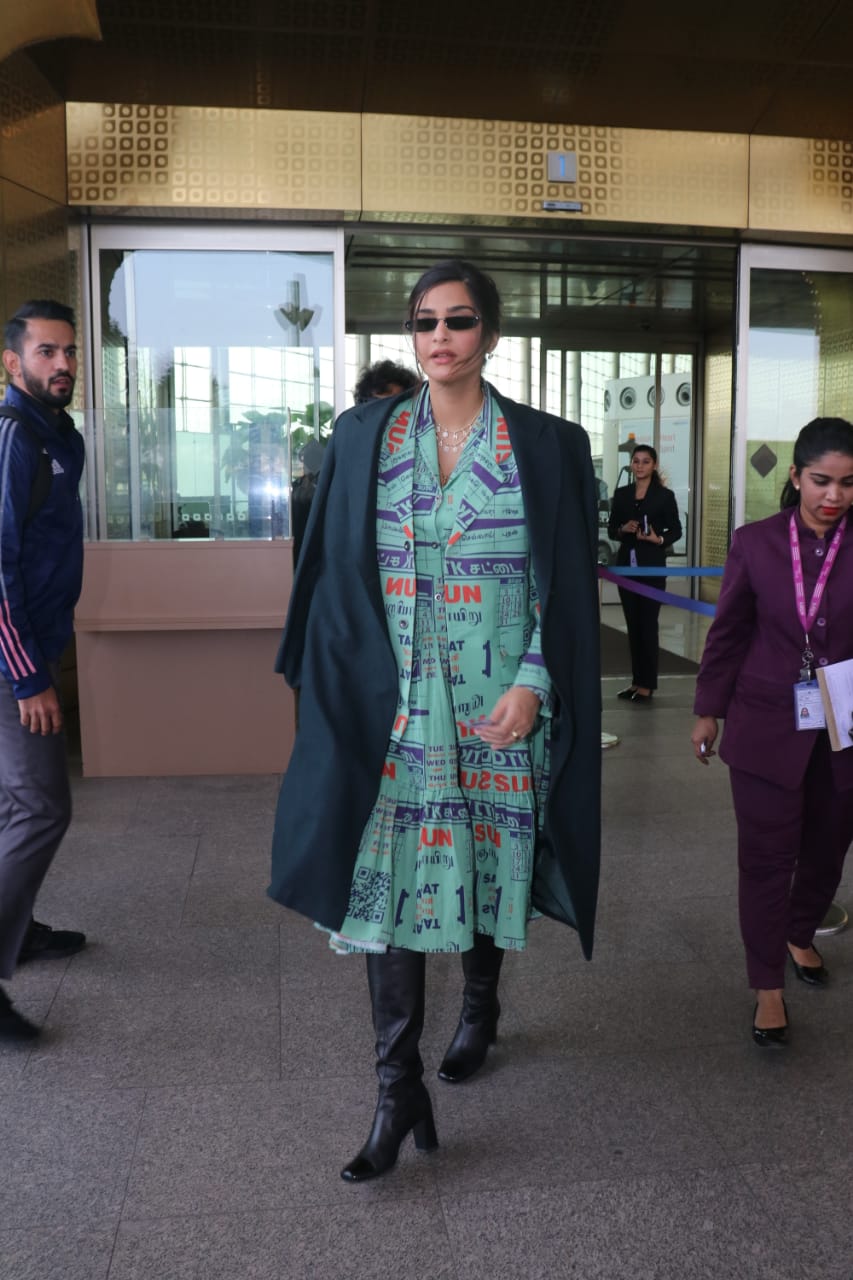 Sonam Kapoor’s airport look was good. However, it was the post-pregnancy transformation of the new mommy that left us mystified. It’s been less than four months since Sonam gave birth to her baby boy, Vayu Kapoor Ahuja, and she’s back to her beautiful avatar and how. The new mama flaunted her chiseled jawline and toned physique with panache, and we’re obsessed with her. 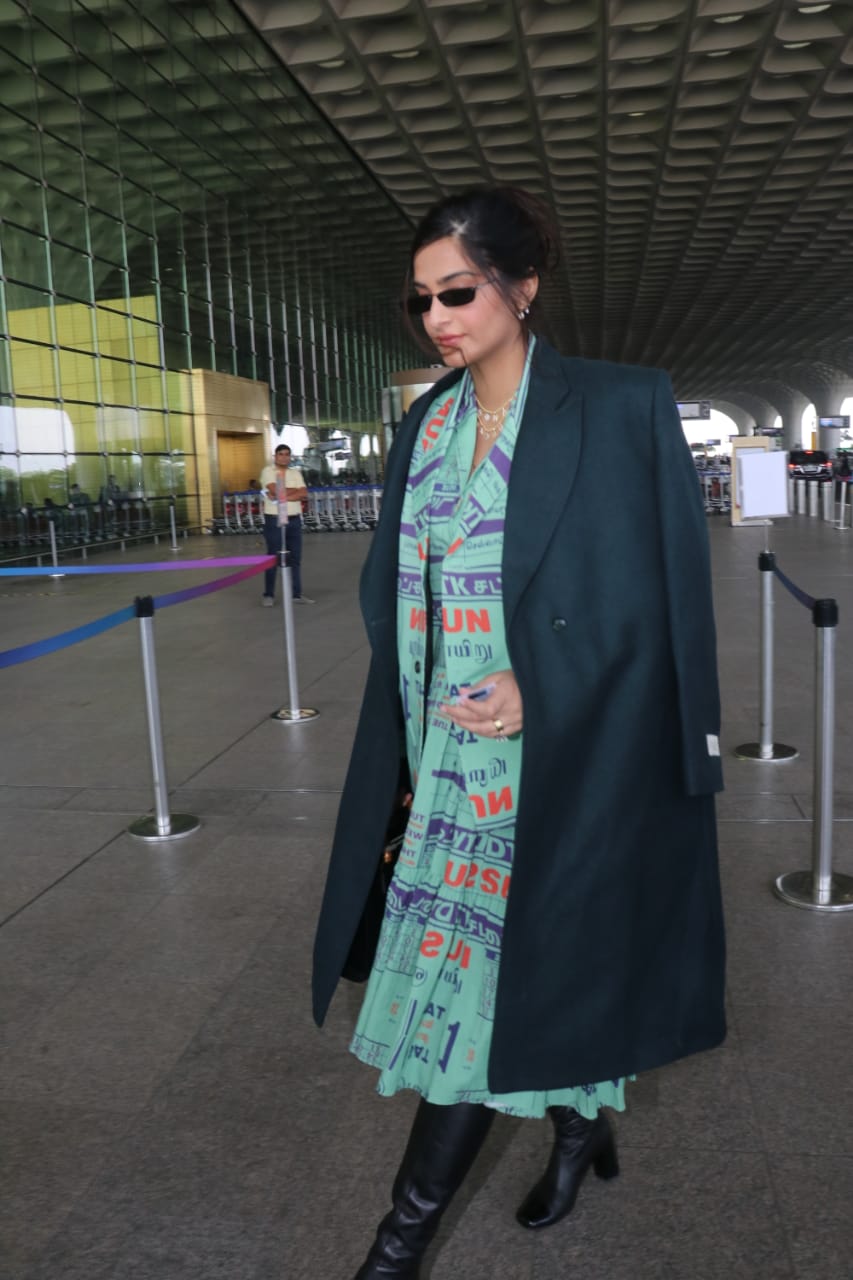 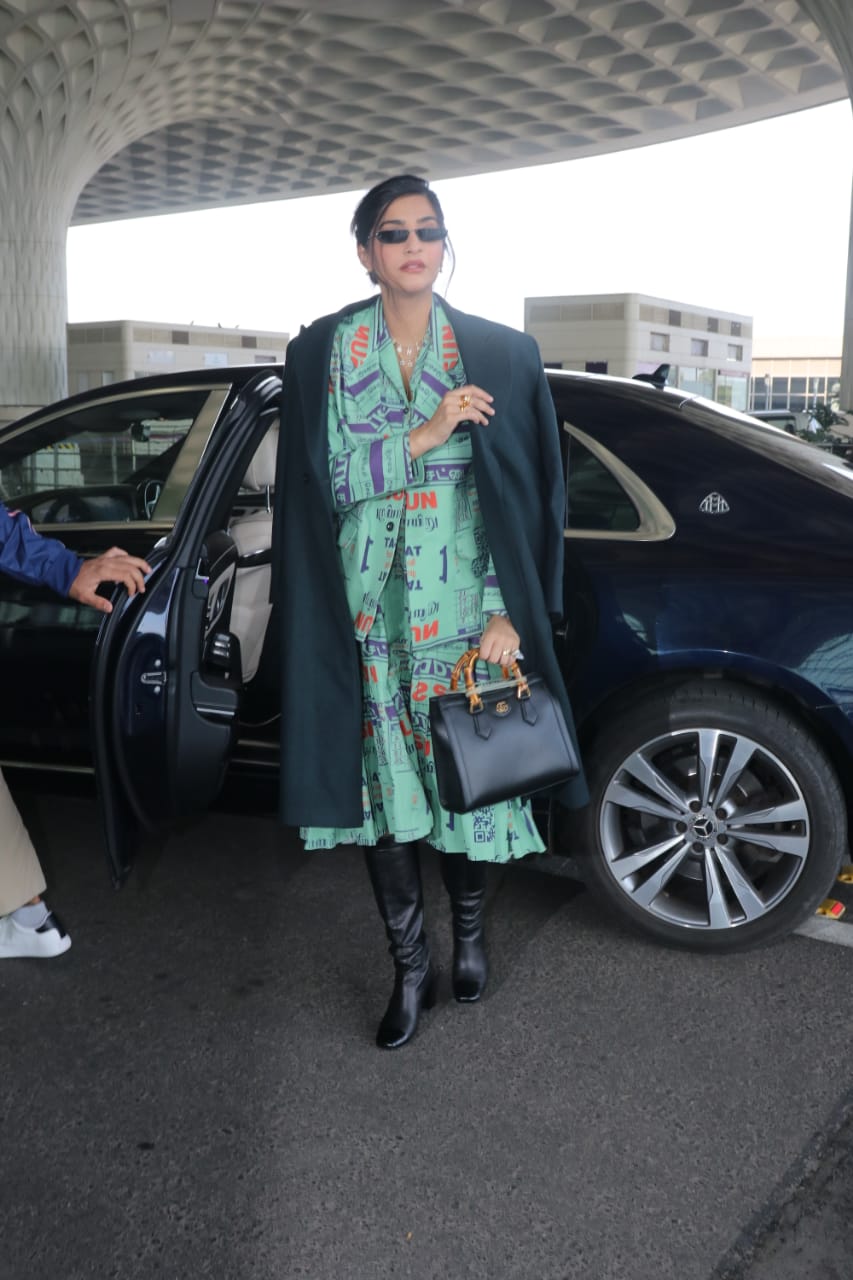 Sonam Kapoor Ahuja was pregnant at the age of 36 and now she is a mother to a wonderful boy, Vayu Kapoor Ahuja. In an interview with Vogue India, Sonam revealed that her pregnancy journey has not been an easy one. The actress added that the first three months were difficult in a way she was not prepared for. Revealing that she wasn’t fazed by her new journey into motherhood, Sonam had said:

“It’s been tough — no one tells you how hard it is. Everyone tells you how great it is. The reason we are all here is to change and become better versions of ourselves. So that evolution is something I look forward to.”

We are stunned by Sonam Kapoor’s stunning post-pregnancy transformation. And you?

Next Read: Subhashree Ganguly Opens Up About Her Accidental Pregnancy, Says She Knew Nothing About It For Three Months

GREAT NEWS! Now you can download BollywoodShaadis app and never miss a story again. Get the app

Sonam Kapoor flaunts weight loss after pregnancy, gets back in shape within 3 months of Vayu’s birth