Debina Bonnerjee, a popular television actress, is currently busy fulfilling her mommy duties with her two baby girls. Debina and Gurmeet welcomed their first child, Lianna Choudhary, on April 3, 2022, and later, on November 11, 2022, the couple was blessed with their second daughter. The actress had a cesarean section due to pregnancy complications, but she is thankful for the arrival of her ‘Miracle baby’.

On November 11, 2022, Gurmeet Choudhary, husband of Debina Bonnerjee, announced the birth of their second baby. He dropped a surreal photo from Debina’s maternity shoot and revealed that they were blessed with a baby girl. In his note, Gurmeet mentioned that their baby arrived earlier than their due date and asked his fans to give them some privacy. His note can be read as:

“Welcome our baby girl to the world. As ecstatic as we are becoming parents again, we appreciate some privacy at this time as our baby arrived earlier than expected. Please continue to bless and radiate your continued love.”

Recommended Reading: Mother of 3, Dimpy Ganguly reveals she is dealing with memory loss and sleep deprivation after giving birth to Rishaan

A few moments ago, Debina Bonnerjee took over her IG handle and shared a photo of herself showing off her postpartum belly. The new mommy is dressed in sportswear as she clicked a mirror selfie. On top of the photo, she wrote a note revealing that the past few months have been extremely challenging for her and added that she is now on the road to recovery. Her note reads as:

“It’s so true… Things that don’t kill you only make you stronger… The past few months and days have been so hard… opinions, physical limitations and procedural difficulties. I survived them all. My postpartum belly on the road to recovery.” Debina Bonnerjee also shared a beautiful glimpse of her second baby on her IG stories. In the photo, we see the doting mama holding her newborn’s hand on her hand, and it was too cute to miss. She shared the photo on top, wrote a note and shared that she has become stronger and braver than ever before. She wrote:

“And it’s all worth it…when your little miracle is in your arms…I’m stronger and braver than ever.” 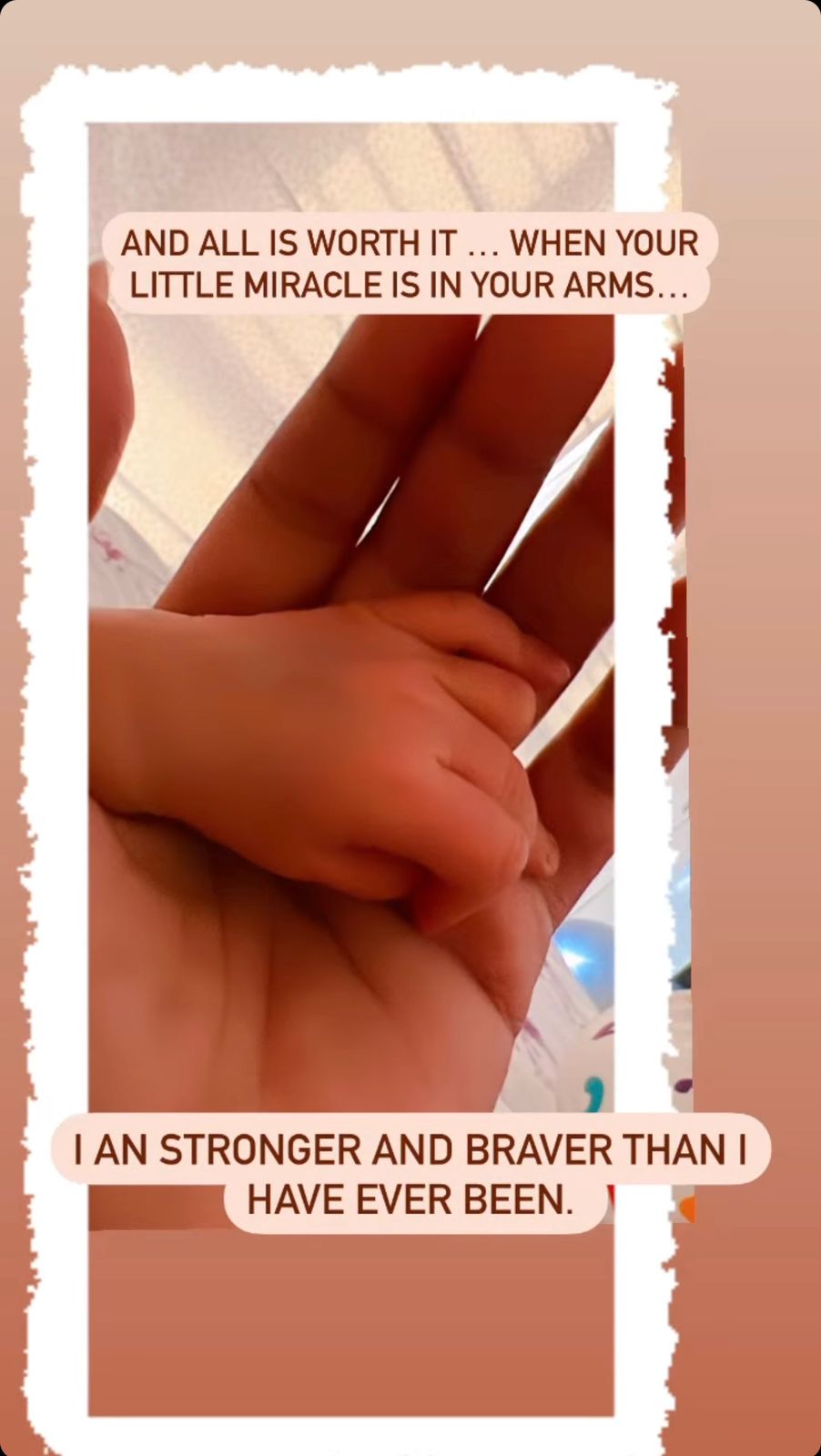 Earlier, in an interview with Bollywood Bubble, Debina Bonnerjee talked about her second pregnancy and revealed how people made fun of her. Debina stated that the new parents had received a lot of backlash and shared that even her fellow moms criticized her for her weight gain. However, Debina added that some trolls went too far and called her too desperate. In her words:

“I sort of knew that’s the way people would say, but so loudly, so rudely, that I never thought, like ‘why so soon,’ ‘you’re not going to be able to give Liana the love she deserves,'” you did it too early’, ‘you were in too much of a hurry’, ‘you were too desperate’, so all this stuff I’ve heard And when you hear that much it just hits you bad at first and then, I is like I’ve developed a shell, in a way I’m not hiding, I’ve developed a shell that it doesn’t touch me anymore, it just hits the shell and goes.”

We can’t wait for Debina to reveal her daughter’s face!

GREAT NEWS! Now you can download BollywoodShaadis app and never miss a story again. Get the app

Debina Bonnerjee shares an adorable glimpse of her second baby, revealing the past few months have been tough