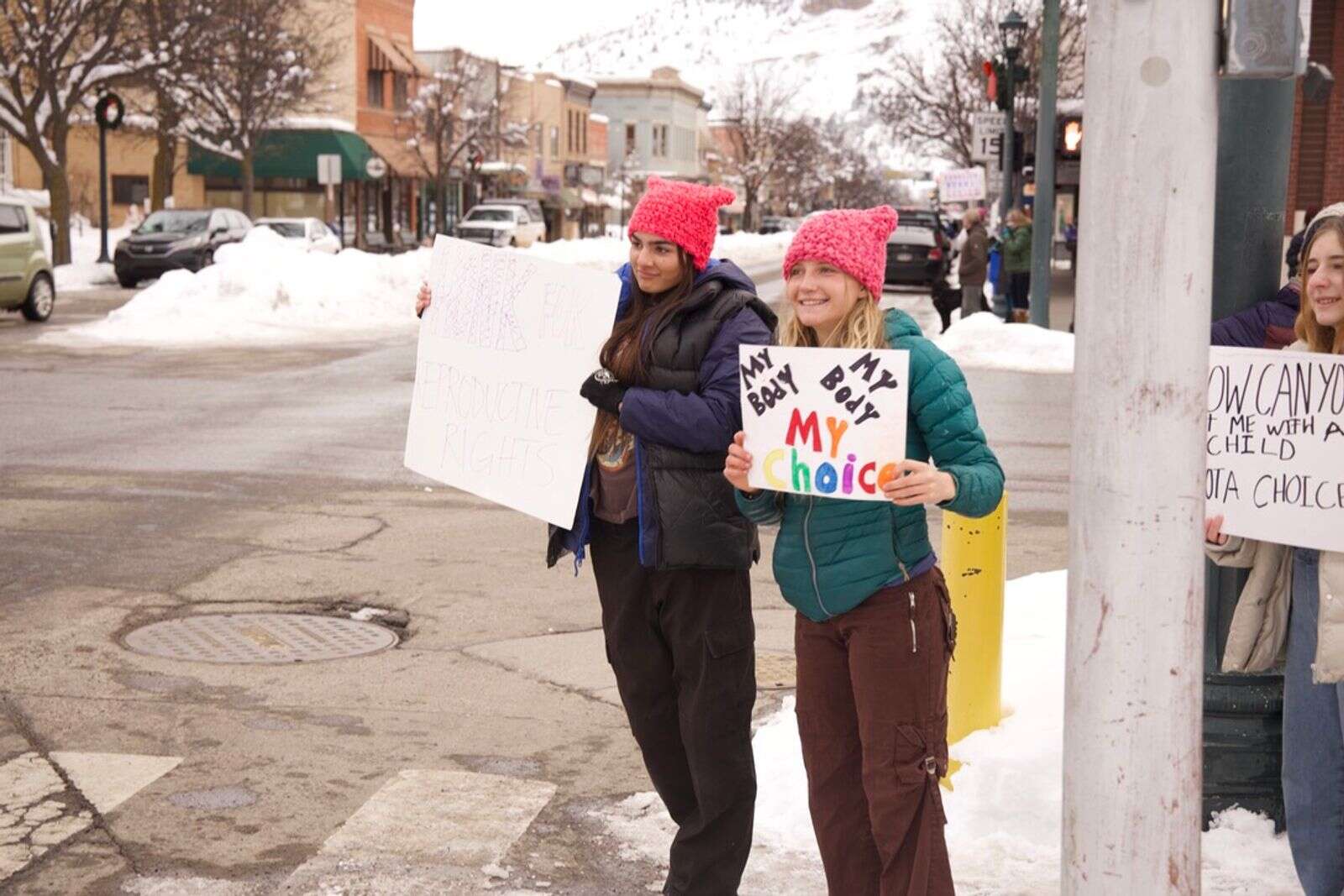 Durango reproductive rights activists celebrated Sunday, the 50th anniversary of Roe v. Wade, to raise concerns about a woman’s right to choose after the precedent was overturned by the US Supreme Court in June.

The group gathered at the intersection of 11th Street and Main Avenue to protest the Supreme Court ruling in Dobbs v. Jackson Women’s Health Organization as part of a march dubbed “Bigger than Roe.” The Dobbs ruling gave states full authority to regulate any aspect of abortion not protected by federal law.

Since the ruling, some states have banned abortions outright, raising concerns among reproductive rights activists.

“Bigger than Roe” was a nationwide movement on Sunday with marches across the country. In addition to celebrating Roe’s birthday, the movement aimed to show support for pro-choice advocates in Madison, Wisconsin, who are preparing for a state Supreme Court election that could affect reproductive laws in that state .

The march was led by Indivisible Durango and Durango High School’s Women in Leadership Development club.

“I think this is a right that you take away from women and more (rights) will follow,” said Karen Pontius, organizer of Indivisible events. “We’re seeing those things come up and they’re turning women’s reproductive problems into something they’re imprisoning us for.”

Pontius’s concern was that some state legislators across the country are punishing women for making decisions about their own bodies. As of Jan. 6, 13 states have full abortion bans, including states like Alabama, Texas, and Oklahoma that make no exceptions in cases of rape or incest.

She said it’s not fair to force women to have a child if they don’t want to go through pregnancy.

“It takes so much energy to raise a child,” she said. “You have to really want that kid to do it, and it’s the hardest job in the world.”

In Colorado, abortion rights are protected by the Reproductive Health Equity Act. But Pontius is concerned about U.S. Representative Lauren Boebert’s introduction of a bill that would cut funding to Planned Parenthood.

Under the bill, $235 million would be diverted to other health centers offering Women’s Health Care Services. However, the law would bar all centers from receiving that funding if they perform abortions, with the exception of cases of rape and incest, as well as situations where a birth could be life-threatening to the mother.

Pontius said it’s concerning because abortion services are only a small percentage of Planned Parenthood’s overall mission. Most visits are related to women’s reproductive health or scanning for harmful diseases such as breast cancer.

Durango High School students also spoke out against the Dobbs ruling. Women in Leadership Development is a group of students focused on empowering women interested in the outdoors to pursue political activism.

“We really want to encourage the younger generations to get involved in the political process because it’s very important,” said club co-founder Nina Quayle.

Quayle said the ruling to overturn Roe v. Wade has implications for younger generations because there are teens growing up without reproductive rights. Also, there are high school students who need reproductive health care who do not have a vote because they are not of voting age.

According to data from the Centers for Disease Control and Prevention, there were 158,043 births to mothers between the ages of 15 and 19 in 2020, the latest year data was calculated from the CDC.

The club’s other co-founder, Willow Lott, said their goal for Sunday’s rally was to get the community involved and keep people informed.

“Students care about this problem and they just need an outlet for it,” Lott said.

Harrison Wendt, a candidate for the Durango City Council, helped lead an October march and he attended Sunday’s rally.

“Some people would have the misconception that a city council member doesn’t have the same responsibility as a legislature,” Wendt said. “I do not agree. I think our efforts and our work should be aimed at justice and equality.”