Skip to content
A woman is hit TikTok users after sharing a video about the ‘hard’ reality of working in the hospitality industry.

“As a bartender who has worked in restaurants for 20 years, I am going to tell you some hard truths,” says TikToker Acire Ennoccaz.

The video begins fairly innocently, Ennoccaz saying, “If you ask us to adjust the temperature, we’ll lie to you and say we did,” and that “the cappuccino machine isn’t broken.”

READ MORE: How to make perfectly crispy bacon in the pan

Disturbingly, Ennoccaz then continues that “if you ordered fries, know that every person on their way from the kitchen to the dining room stole one.”

This immediately sparked viewers in the comments, “Has worked in many restaurants over the past 15 years, never stolen food from a plate or seen anyone do it,” one commenter wrote.

Then Ennoccaz says she faked ginger ale by mixing Sprite and Coke together.

One commenter says that if she were given Coke instead of ginger ale, her throat would close up because of a caffeine allergy, adding “that’s incredibly dangerous for some people.” In response to this genuine concern, Ennoccaz told the commentator to relax.

In the continuation of “hard truths,” the TikToker goes on to say that if you can’t control your kids, “we’ll condemn you.”

However, it was the bartender’s last comment that enraged people.

READ MORE: The best Black Friday tech deals you need to know about

It was this last comment that angered viewers, especially those with gluten allergies, intolerances and celiac disease.

“Why am I a b—h because I’m gluten free? I have celiac disease. I literally can’t have it,” another commenter wrote.

“Where do you work? You don’t go there,” a third bewildered commenter added.

For a daily dose of 9Honey, sign up here for our newsletter. 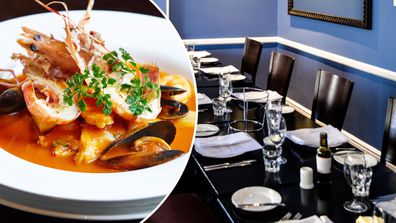